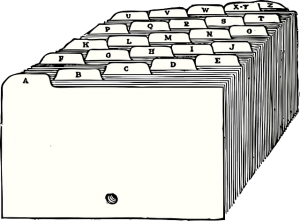 American Eagle Investigations possesses a long track record of solving cases for individual and business clients. These closed cases exemplify some of the services we offer. Details have been adjusted to protect our clients’ privacy*.

* Note: Safeguarding client privacy is of paramount importance to American Eagle Investigations. No identifying information is disclosed unless the clients themselves have posted a public testimonial.

We were hired by an out-of-state client to determine if his wife was having an affair with a co-worker while she was on a business trip to New York City. We conducted five days of surveillance and ultimately confirmed the client’s suspicion that the wife was, in fact, cheating on her husband.

Case Study: how we gather evidence on cheating spouses

A wife hired us because she suspected her husband of cheating. We conducted surveillance on the husband’s business trip to New York City. We tracked him at his luxury midtown hotel, where we captured video of him entering the lobby with his mistress. We followed the cheating husband and his mistress on foot and by vehicle as they walked and took taxis in Manhattan. We subsequently captured video proof of their intimate relationship as they held hands and kissed while shopping, going to a restaurant for dinner and to a Broadway show.

As per a testimonial left by a client – ” I am completely in debt to the excellent service provided by American Eagle Investigations. The dedication and professionalism used by Mr.McBride is second to none. He helped me locate and safely return my son, who was abducted, and for that I am eternally grateful. If your considering using another company, don’t. I couldn’t be more happy with the outcome of my case and the high standards in which he delivers. I would like to extend my deepest gratitude on behalf of my family and myself.”

As per a testimonial left by a client – “I contacted American Eagle for assistance in finding my estranged brother who had been missing for 2 years. Based on the information I provided to Mr. McBride, I was told that it may take some time to locate him, but he would keep me posted. Within 2 weeks (if not less), Mr. McBride contacted me and said that he had located my brother. I was able to verify the information and finally re-connect with my brother. My family was very relieved to find him and grateful for the services. It was pricey, but Mr. McBride delivered as he said he would, and very quickly. I highly recommend this service.”

A woman who saw this episode on television subsequently contacted us in hopes of finding her own birth parents. Not only were we able to identify and locate them, but the client also learned that she had a half-brother and half-sister. To this day, they remain in close touch.

An anxious mother and father contacted us to help find their missing child. Although they had filed a report with their local police, the child was still missing after more than two weeks. Within just two days of in-depth investigative work, American Eagle Investigations not only located the child but also safely reunited the family.

An auto insurance company doubted the claims of an individual who said he could no longer work due to injuries sustained in an accident. After multiple days of surveillance, American Eagle Investigations obtained video of the individual at work, doing the kind of heavy manual labor that would have been impossible had his claims been true.

Get to the truth faster with our detective work in New York and surrounding areas! For more information, please do not hesitate to contact us at 212-344-8997 for a free and confidential consultation from owner and private investigator Dan McBride.

We currently serve the following locations: